Warning: Use of undefined constant HTTP_USER_AGENT - assumed 'HTTP_USER_AGENT' (this will throw an Error in a future version of PHP) in /home/tmalleyn/public_html/wp-content/themes/songwriter/header.php on line 1
 Press Kit – TM Alleyne Website 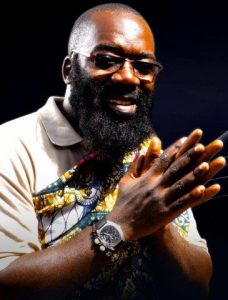 Tyrone Marcellus Alleyne is about to release his debut album, much to the excitement of his already growing army of fans. The album is a mixture of the development of his African Calypso blend and afro-centric poetry as the result of a lifetime of musical influence, is certain to gain interest from across the world.

Growing up in a West Indian, Trinidadian family, in England meant that TM Alleyne had always been surrounded by different forms and arts . “Calypso music, my first love, is a mixture of having a love of life and not taking it too seriously”

His first foray into poetry came when after leaving the British army, TM drove London buses where during this time, he enhanced his understanding of his own passion as a poet. “Writing poetry is like taking a snapshot of life, it is like capturing the feelings of a moment forever.”

TM’s artistic journey however, did not begin in England . Born in Trinidad , it was here that he developed his musical tastes and interests in playing in steel band as a young boy. After moving to The Gambia from the UK and embracing the culture, the calypso influence was prevalent in West African music and ignited his interest once again to now lead him to the direction his musical journey has taken.

After realising that he wished to embark on artistic career TM began working on TV and radio recording adverts and commercial voice-overs. Here he met with musicians and began to record some of his own material.

As his confidence grew and his style developed, he soon saw a loyal following begin to grow and he became a popular local hit in the scene. He has been interviewed by Galaxy Radio

He performed for the World Music Day opening for the Green Light Band of Nigeria and may addition shows with artist such as Mutabaruka and Jaliba Kuyateh
His talent with a variety of performances only added to his appeal, and his African calypso style added a twist which started to find an appreciative audience. TM as an adopted Gambian was also a judge on the Gambia National Poetry competition and has written several children’s educational books for the Ministry of Education of The Gambia.

After fine tuning his distinctive sound over recent years, he is now preparing to re- lease his debut album, ‘Our Land,’, which underlies the changes TM Alleyne has gone throughTM Alleyne’s website can be found at www.tmalleyne.com, and provides a video documentary, a video shoot, performance dates, photos and the opportunity to sign up to his mailing list.

No shows booked at the moment.

Number of items in basket: 0